As a Znode developer, it's typically unnecessary to directly interact with Elasticsearch. However, it's helpful to understand a few simple Elasticsearch commands that can be useful during development.

In Znode the following layered structure is used to provide to implement Search in Znode.

Elasticsearch itself provides access to all of its functionality via its built-in RESTful API that is automatically available on any installation. By default, this API is hosted on port 9200 of the machine it is installed on.

It's possible to verify that Elasticsearch is running properly, by simply sending a GET request to the root of the Elasticsearch API. Quite simply, navigating to http://localhost:9200/ in a browser will send this request and show the result. The result should be something like the following:

A summary of all Elasticsearch indices can be viewed by loading the following URL in a browser: http://localhost:9200/_cat/indices?v. The result will look something like the following:

This example shows that there are 2 indices, corresponding to 2 different catalogs in Znode. The docs.count and other properties will grow as more products are added to the catalog and published.

The Elasticsearch index should be deleted.

An official, open-source, Elasticsearch visualization tool can be easily installed to make it easier to audit/understand the data held in Elasticsearch. The tool is called Kibana.

Here is an example of a Kibana dashboard built to visualize timing data: 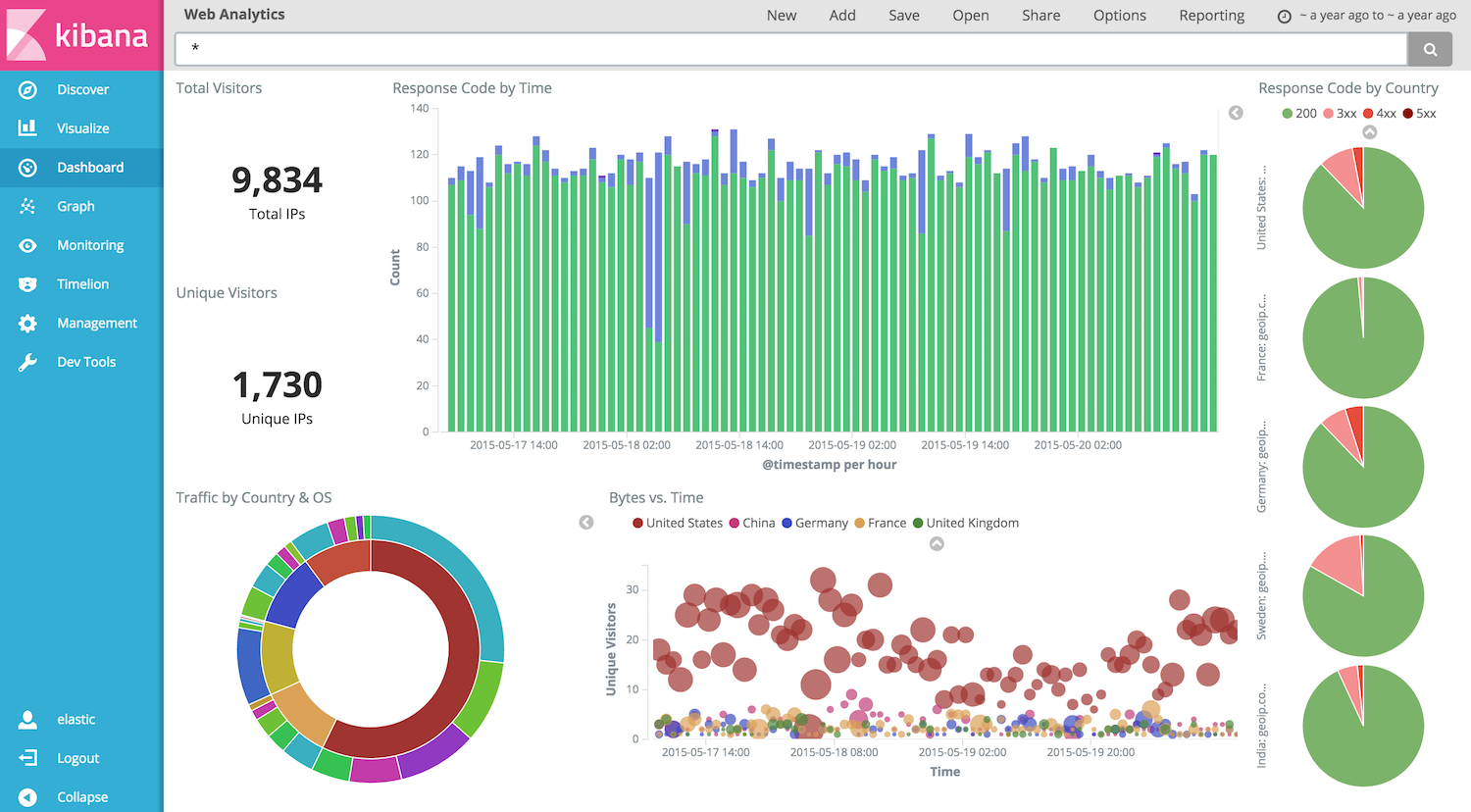 If there is a publishing issue, the administrator can see the application logs to determine if there is a duplicate Elasticsearch index. The duplicate index needs to be deleted and a full store publish including the store, catalog, cms should be done. The following options can be run.