All application code (excluding the UI) is written in C#.

The Znode frontend consists of two separate MVC applications, the Admin UI and the WebStore.

The Znode backend is a single WebAPI application, known in the code, simply as the API.

This diagram shows what a typical Znode deployment looks like. 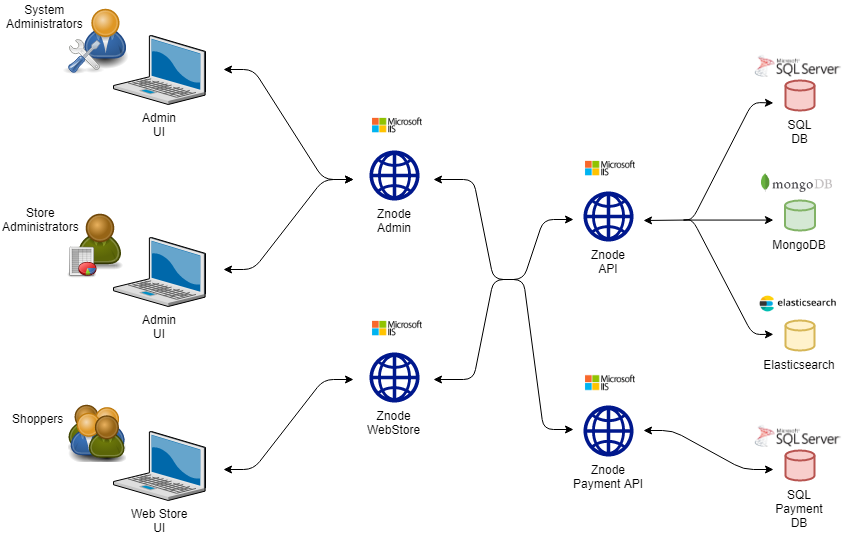 This diagram shows a different view of the system, emphasizing the strict layering of responsibilities. 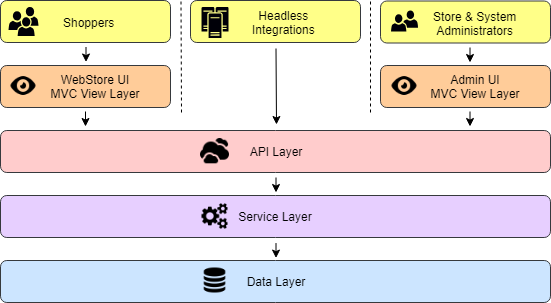 Getting Started with Znode