It is assumed that Znode's dependencies are already installed. If that's not the case, start by Installing Znode Dependencies first.

Part 1: Getting the Znode Code

It is also assumed that Git is already installed. If that's not the case, see Git's official installation guide and install it.

Run the clone command at a Git Bash window:

If prompted to do so, provide your GitHub credentials.

DB create scripts are kept in the repository to enable easy creation of a new database.

There is a 'create script' within each of the folders that end with the '(for fresh installation)' suffix. Choose the latest available version (or whichever version is desired).

For more detail about how these scripts are organized, see Database Scripts.

Once the desired DB create a script is determined, follow these steps to run the create script and create the DB:

*Note that the default DB name is 'Znode_Multifront_X', where X is the version. Search and replace all occurrences of that string in the script to choose a different name if desired.

Many Znode styles are written in SASS to allow global variable definitions to be shared and leverage other features of SASS.

Znode uses SASS files for much of the source code. The browser only understands CSS though, so the Visual Studio solution must be configured to transpile *.scss files to *.css files.

You can reference the following screenshot below.

Once “Enable compile on build” has been enabled, a NuGet package will download and the option will retain the select from step #2 as referenced above.

The extension adds a compilerconfig.json file in the Znode.Engine.Admin & Znode.Engine.WebStore root projects. This file is used to configure all the SCSS  for the given theme compilation.

If using a custom theme (https://support.znode.com/support/solutions/articles/43000600341-creating-a-custom-theme) Visual Studio must be told which file is the root file from which to build the tree of files to transpile.

To successfully build Znode, it is necessary to configure NuGet to access the private Znode NuGet Registry.

With Znode's dependencies installed and NuGet configured, it is now time to run Znode.

Before exploring Znode in-depth, the following points should be known.

Logging in to the Admin UI

The Admin UI (running on http://localhost:44392 by default) requires credentials to log in. The default username and password are master-user@znode.com and Z14ode_13E, respectively.

On a fresh install, the WebStore (running on http://localhost:44315 by default) will present a message saying:

This store has not been published yet.

This is because the store has not been published yet (documentation on publishing available in Knowledge Base). To publish the store: 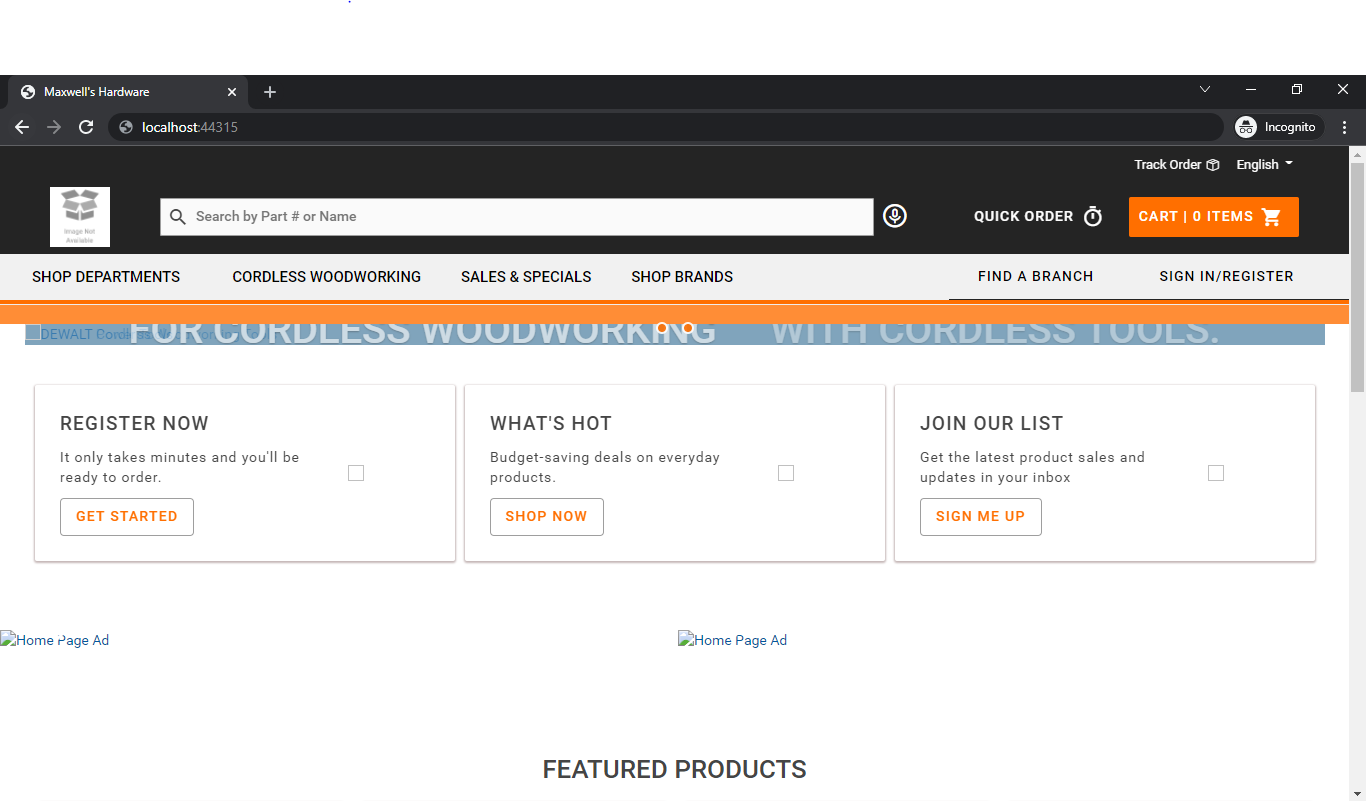 If you run into problems while trying to get Znode to build and run, see Troubleshooting Common Problems for possible answers.

Congratulations if you have successfully made it this far!

It is important to note that these instructions walk through the process of building and running the Znode SDK repository. There is also a Znode Source Code repository available. Read the SDK vs. Full Source Development documentation to understand the purpose of the two repositories.

Review other parts of this documentation for more in-depth information where desired.

Sample media for a B2B and B2C data set are available in the ZIP files at the following links.

The payment application is included in the Znode application. To run it, find the path that needs to be set up in the environment.

Be sure of running both applications in order to utilize features such as adding a new payment method.